Part two of my special two-part follow-up edition of Bay Area Ventures, featuring interviews with guests from the first three seasons of the show, is now available for streaming or download here and on iTunes, Spreaker and Facebook.

In this episode I speak with Martin Plaehn, CEO of Control 4 and Mark Chung Co-Founder and CEO of Verdigris Technologies. 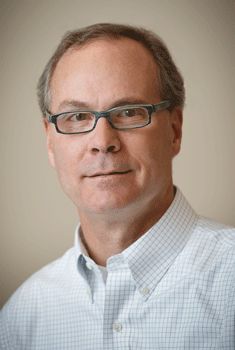 Martin Plaehn is a seasoned CEO who has been leading Control 4 since 2011 (NASDAQ: CTRL). Martin first appeared on Bay Area Ventures back in August of 2015. At the time, Control 4’s annual revenue was $160 Million. For the first quarter of 2017, the company’s revenues were over $50 Million and Control 4’s stock has more than doubled since his last appearance on our show.

Control 4 is a leader or, perhaps “The” leader in the home automation space. They manufacture automation systems and software for smart homes and offices. Martin brings us up to date on the latest in IoT devices for the home as well as steps they are taking to prevent hacking of these systems.

Martin has lectured on leadership and has been at the helm of some of the early and most famous technology companies such as RealNetworks, Viewpoint Digital and Bungee Labs. He discusses the challenges of scaling his organization and how he manages his time to address Control 4’s technology, customer and shareholder needs. We also learn about his current reading list for when he’s traveling around the world.

In the second half of the show we’ll check in with Mark Chung, Co-Founder and CEO of Verdigris Technologies (www.verdigris.co). Mark’s first appearance on Bay Area Ventures was in April of 2016 when Verdigris was still a seed funded company but already shipping product and generating revenue. Verdigris raised a $7M Series A financing in the second half of 2016 with backers such as Verizon and Jabil Manufacturing giving them the headroom to grow and capture more markets.

Mark started Verdigris with his brother after an incident in their home where their electricity bill spiked for some unknown reason. They developed a monitoring system that can automatically detect every type of device on an electrical circuit and track and monitory its electric usage.

Today, they are an AI or artificial intelligence company using machine learning to solve tough problems facing the operators of hotels, factories and other commercial facilities. Verdigris technology sends a customer’s energy usage data up to a cloud based dashboard and applies AI to the data to help those customers track energy usage and anomalies in their facilities. This knowledge allows customers to cut their energy usage by as much as 50%.

Mark talks about many of the challenges he has faced since his last appearance due to rapid growth and both internal and external factors. The company’s headcount has more than doubled in the past year and they encountered some surprises doing business in the European Union and Great Britain since the UK passed Brexit. They are also still struggling to build up a world class sales team to keep up with growth.

Verdigris is a real success story and Mark shares his philosophy of how to handle the stresses and challenges of being the leader of a fast company. He is a brilliant engineer who has worked at top technology companies such as AMD, PA Semiconductor and Netlogic. PA semiconductor was acquired by Apple while Mark was an employee and Netlogic was acquired by Broadcom, as well. Like these great companies that hired Mark you can benefit from his knowledge and skills by listening in and following his company’s progress.

This jam-packed show is sure to be a good use of your time.