Sara Margulis, Co-Founder and CEO of Honeyfund and Plumfund joins me on Bay Area Ventures to talk about entrepreneurship and her venture’s fortunes before and after appearing on ABC’s Shark Tank. Honeyfund began when Sara and her fiancé Josh (now husband) were looking for a way to allow wedding guests to fund their honeymoon instead of purchasing gifts that they wouldn’t be able to store in their small San Francisco apartment. Josh created Honeyfund as an online registry where their friends and family could choose various aspects of their honeymoon to fund as a gift (i.e. airfare, hotel room nights, excursions, dinners, etc.). 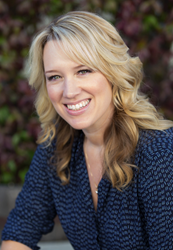 Fast forward ten years later and Honeyfund is a thriving site that has helped millions of users. In addition to funding honeymoons, customers began using the Honeyfund to fund other needs and charities. Sara and Josh launched Plumfund to fulfill all of these other things that users love. Both sites were doing well and then Sara and Josh decided to appear on ABC’s Shark Tank. They wound up receiving offers from three sharks and Mr. Wonderful himself, Kevin O’Leary ended up lending the company $400,000. Click here to watch Honeyfund on YouTube

Honeyfund is located in Sebastopol, a beautiful part of the north Bay Area known more for vineyards and dairies but, more and more also becoming a home to many tech companies.

Sara discusses her transition from being a Marketing Director at a San Francisco University to becoming tech entrepreneur. She walks us through some of the challenges she’s faced along the way and how life and business changed after their Shark Tank experience. Other than the parts which fall under a non-disclosure agreement we do talk about the Shark Tank process. And finally, we get to hear Sara’s take on the Bay Area way of business.

It’s a fun interview with lots of great takeaways for your business, wherever you may be.